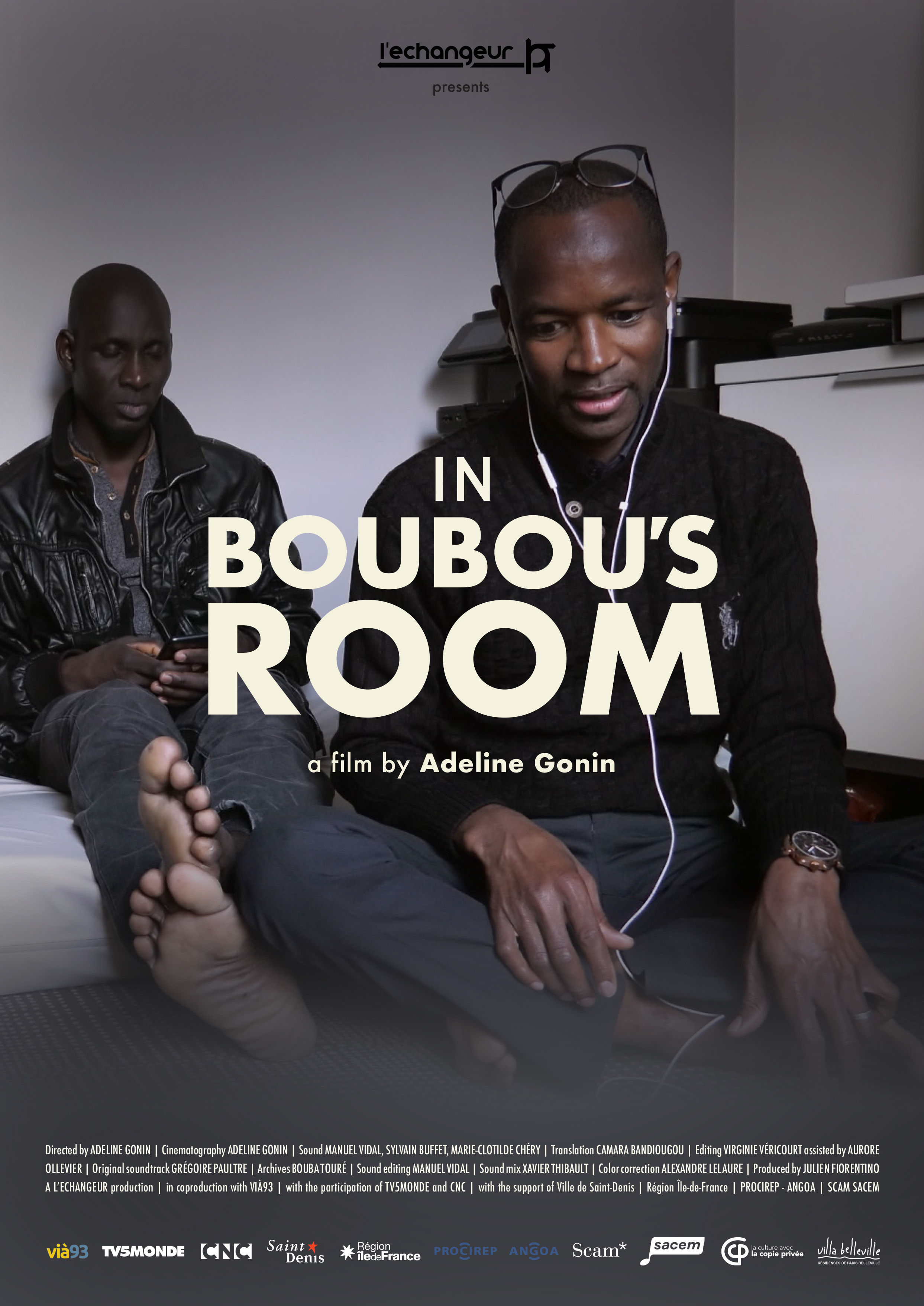 Boubou has turned his room in a migrant workers’ hostel in Saint-Denis into a haven of sociability, mutual aid and struggle.
Every time I visit him, I revisit this atmosphere of solidarity and shared lives that I have known since my childhood.
But Boubou is growing tired, his work as a delegate for the residents is weighing on him, his administrative and family worries are not easing up… Boubou dreams of another life.

The taste of grilled corn always takes me back to the migrants’ hostel: it is the taste of my childhood.
When I visit Boubou, we share a glass of tea or a rice dish with his brothers and friends.
We talk about work, exchange news about the home country and fight for the rights of the residents.
Boubou has managed to make his room a haven of peace in a society that makes life hard for migrants.
But fatigue is setting in. If Boubou gives up, who will keep this space of solidarity alive ?
Will the migrant homes of my childhood disappear forever?

Having studied anthropology and sociology, Adeline Gonin has been working for years with residents of migrant workers’ hostels. In 2009, she created the “Hostels Film Festival” (« Cinéma des Foyers ») together with the cultural association Attention Chantier, of which she is a co-founder. In 2011, after releasing her first self-produced short film, she worked with the Ateliers Varan Film School where she directed Papa Ben (14’) a documentary portrait of a Parisian ragpicker. The film was screened at the 2012 FIFE International Film Festival. In 2014, she completed her first major film, Barakeden, the little house maids of Bamako (57′). Distributed by L’Echangeur, the film was selected by 40 Film festivals, bought by 2 international distributors and has seen one theatrical screening in Bamako as well as a national film tour in Mali. Today, Adeline continues to lead video workshops in the Ile-de-France region: schools, hostels, prisons… In 2015, she started to develop the documentary project In Boubou’s room, her first feature-length film.

A documentary film produced by L’Echangeur

with the participation of TV5 Monde, CNC, City of Saint-Denis

with the support of  Procirep-Angoa, IDF Region, SCAM, SACEM

News about the film are HERE (facebook, mainly in french)